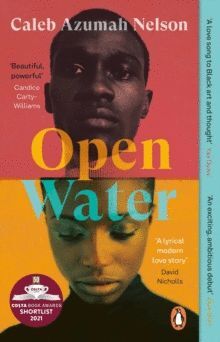 SHORTLISTED FOR THE COSTA FIRST NOVEL AWARD 'A tender and touching love story, beautifully told' Observer 10 Best Debut Novelists of 2021 'Hands-down the best debut I've read in years' The Times 'A beautiful and powerful novel about the true and sometimes painful depths of love' Candice Carty-Williams, bestselling author of QUEENIE 'An unforgettable debut... it's Sally Rooney meets Michaela Coel meets Teju Cole' New York Times'A love song to Black art and thought' Yaa Gyasi, bestselling author of HOMEGOING and TRANSCENDENT KINGDOM Two young people meet at a pub in South East London. Both are Black British, both won scholarships to private schools where they struggled to belong, both are now artists - he a photographer, she a dancer - trying to make their mark in a city that by turns celebrates and rejects them.

Tentatively, tenderly, they fall in love. But two people who seem destined to be together can still be torn apart by fear and violence. At once an achingly beautiful love story and a potent insight into race and masculinity, Open Water asks what it means to be a person in a world that sees you only as a Black body, to be vulnerable when you are only respected for strength, to find safety in love, only to lose it.

With gorgeous, soulful intensity, Caleb Azumah Nelson has written the most essential British debut of recent years. 'An amazing debut novel. You should read this book.

Let's hear it for Caleb Azumah Nelson, also known as the future' Benjamin Zephaniah'A short, poetic and intellectual meditation on art and a relationship between a young couple' Bernardine Evaristo, author of GIRL, WOMAN, OTHER'A very touching and heartfelt book' Diana Evans, award-winning author of ORDINARY PEOPLE'A lyrical modern love story, brilliant on music and art, race and London life, I enjoyed it hugely' David Nicholls, author of ONE DAY and SWEET SORROW'Caleb is a star in the making' Nikesh Shukla, editor of THE GOOD IMMIGRANT and BROWN BABY'A stunning piece of art' Bolu Babalola, bestselling author of LOVE IN COLOUR'For those that are missing the tentative depiction of love in Normal People, Caleb Azumah Nelson's Open Water is set to become one of 2021's unmissable books. Utterly transporting, it'll leave you weeping and in awe.' Stylist 'An exhilarating new voice in British fiction' Vogue'A poetic novel about Black identity and first love in the capital from one of Britain's most exciting young voices' Harper's Bazaar'An intense, elegant debut' GuardianWINNER OF THE BAD FORM BOOK OF THE YEAR AWARDSHORTLISTED FOR WATERSTONES BOOK OF THE YEARLONGLISTED FOR THE DESMOND ELLIOTT PRIZE AND THE GORDON BURN PRIZE 2021A NATIONAL BOOK AWARD '5 UNDER 35' HONOREE